A legal argument against psychiatry in Canada 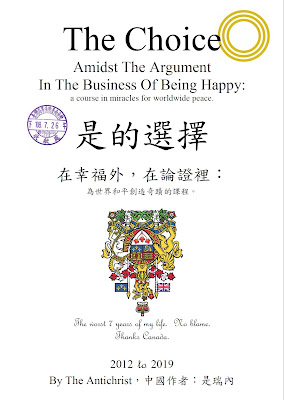 An argument began about the word "God".  A Mormon treasurer accused a college teacher of Criminal Harassment.  If the teacher was criminally harassing anyone, it was senior USA leaders, not the local treasurer.  The teacher walked up to a police officer and asked to be arrested, on 3 Sept 2012, to correct the false allegation.  Police arrested the man and imprisoned him at RVH hospital in Barrie, where he was left to argue with psychiatrists.  Psychiatrists accused the man of claiming to be "God", and stated, matter of fact, that the man was clearly guilty of criminally harassing the treasurer.  No evidence was heard, no trial was had, and the fact that the man advocates for …
Post a Comment
Read more